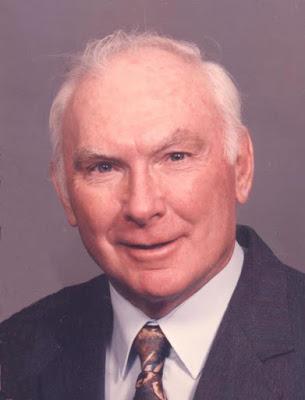 Please share a memory of Richard to include in a keepsake book for family and friends.
View Tribute Book
Greece: Richard Rodas passed peacefully on June 15th, 2016 at the age of 89. He is survived by his wife of 53 years, Carolyn; his daughter, Darryl Ann (James) Camiolo; his grandson, Anthony; his sister, Arlene Lewandowski; his nieces, nephews and many friends. He is also survived by adult children from a previous marriage. He was predeceased by his sisters, Ruby Reeves & Marion Wright and brothers, Howard & Alan Rodas. Dick had a 40 year career as Executive Chef at Kodak Office. He was also a bus driver and trainer at Greece Central School. He was a long-time member of St. Paul Lutheran Church in Hilton, having held many elected positions in the congregation. There will be no prior calling hours. Friends and relatives are invited to attend his Memorial Service, Monday, June 20th at 7:00 PM at St. Paul Lutheran Church, 158 East Avenue, Hilton after which his family will receive friends in the Church Fellowship Hall. A Private Interment will be held in Mt. Hope Cemetery. Those wishing may contribute to the St. Paul Lutheran Church Memorial Fund, 158 East Avenue, Hilton, NY 14468 in Dickâ€™s memory. Arrangements entrusted to Thomas E. Burger Funeral Home, 735 East Avenue, Hilton, NY. http://www.burgerfuneralhome.com

A Memorial Tree was planted for Richard
We are deeply sorry for your loss ~ the staff at Thomas E. Burger Funeral Home
Join in honoring their life - plant a memorial tree
Print
Online Memory & Photo Sharing Event
Online Event
About this Event