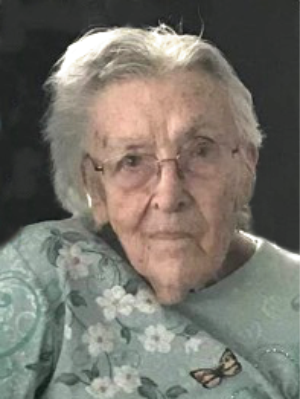 Please share a memory of Dorothy to include in a keepsake book for family and friends.
View Tribute Book

Hilton - Dorothy P. Smith passed away on September 12, 2021 at the age of 89. She was predeceased by her husband, Blake Smith in 1996; her granddaughter, Cindy Lewis; and her brother, Gordon Ernisse.

Dorothy was retired from Taylor's Glass as an assembly worker. She also worked at Woolworth's Department Store as a clothing Manager. In her leisure she enjoyed fishing in Lewiston, going to the zoo and attending performances of the Phantom of the Opera.

Dorothy's Services will be held privately at the convenience of the family. Interment will take place in Parma Union Cemetery.

A Memorial Tree was planted for Dorothy
We are deeply sorry for your loss ~ the staff at Thomas E. Burger Funeral Home, Inc.
Join in honoring their life - plant a memorial tree
Print
Share A Memory
Send Flowers
Plant a Tree