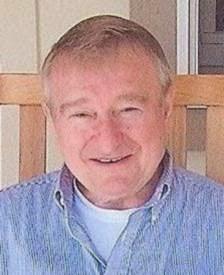 Please share a memory of Richard to include in a keepsake book for family and friends.
View Tribute Book
N. Greece: On April 7, 2015. Richard was predeceased by his parents, Raymond and Mary Louise Dietz; his twin brother, Raymond G. Dietz; & his son, James Raymond Dietz. Richard is survived by his son, Gerald Dietz; grandsons, Ronald Mark Dietz and James Raymond Dietz II; his brother, Gregory Dietz; and sister, Marilyn Dietz. Richard had a great appreciation for his many dear friends and a special bond with his pets including Smokey, his African gray parrot. He was a proud veteran of the US Navy and a retiree of Eastman Kodak. He served in the North Greece Fire Department for over 20 years. Friends may call Monday April 13th from 4-7 p.m. at Thomas E. Burger Funeral Home, 735 East Avenue, Hilton. His Funeral Mass will be held Tuesday, April 14th at St. Markâ€™s Church, Kuhn Road in Greece. Interment will be held in Holy Sepulchre Cemetery. In lieu of flowers, those wishing may contribute to the North Greece Fire Department, or the Greece Volunteer Ambulance in his memory.

A Memorial Tree was planted for Richard
We are deeply sorry for your loss ~ the staff at Thomas E. Burger Funeral Home
Join in honoring their life - plant a memorial tree
Print
Online Memory & Photo Sharing Event
Online Event
About this Event