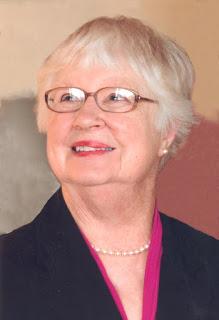 Please share a memory of Janet to include in a keepsake book for family and friends.
View Tribute Book

Janet was a graduate of Elmira College and Yale University. Through her work as an Educator and then her work with Governor Mario Cuomo in the 1970's and 80's, Janet made it her lifelong commitment to improve the field of nursing and strove to ensure nursing was respected as a true profession. In 2010, Janet received the Yale School of Nursing Award for Outstanding Achievement in Nursing Education and Legislation. Janet was Director of Nursing at Highland Hospital and Asst. Director of Nursing and Instructor at The University of Rochester before going to work as the Director of the NYS Nurses Association Legislative Program where she would retire.

Janet joined Keuka College in 1991 as an Adjunct Professor and then Interim Chair of the Division of Nursing and Nursing Program Administrator. Keuka College awarded Janet an honorary Doctorate in 2010.

Janet was dedicated to the profession of nursing and published several articles on nursing. She loved the opera and was a member of the Metropolitan Opera.

Thank you to the dedicated caregivers and many friends at Fleming Point in Greece, NY.

Friends are invited to call Tuesday, 4-7 PM at the Thomas E. Burger Funeral Home, Inc., where a Service will be held Wednesday, 10 AM. Interment will be held in Holy Sepulchre Cemetery. Those wishing may contribute to Foundation of NYS Nurses Assoc., Wounded Warriors, or Yates Co. Humane Society in Janet's memory.

A Memorial Tree was planted for Janet
We are deeply sorry for your loss ~ the staff at Thomas E. Burger Funeral Home
Join in honoring their life - plant a memorial tree
Print
Online Memory & Photo Sharing Event
Online Event
About this Event