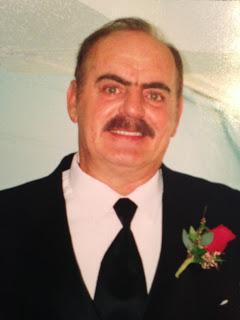 Please share a memory of Thomas to include in a keepsake book for family and friends.
View Tribute Book
Brockport: Thomas L Ryan, 66 of Brockport, formerly of Niagara Falls, was taken by Jesus to his heavenly home September 21, 2015 after a brief but valiant struggle against a rare and aggressive cancer. Tom worked as an Authorized Inspector for Hartford Steam Boiler Insurance Company and Commercial Union for over 30 years where he made many long lasting friendships. He was a very active and devoted member of St. John Lutheran Church in Hamlin. Tom coached 7th and 8th grade basketball at St. John Lutheran School. In the past 2 years he was a faithful helper and â€œbouncerâ€� every week at Lifetree CafÃ©. Tom was a dedicated college basketball fan, and he is in the Athletic Hall of Fame for his football accomplishments at his high school alma mater, Bishop Duffy, now Niagara Catholic in Niagara Falls. He could be found repairing all of his kidsâ€™ cars in his garage while listening to the Rolling Stones and Bob Dylan. Tom loved his family more than life itself, and they were always the focus of his selfless love and devotion. He was an adoring, faithful husband to his best friend and soul mate Laura Amor; beloved father to Rosalee (Jeremy) Norred of Phoenix, AZ, Rachel (Garett) Schalge of Brockport, Joseph (Tracy) Amor of Raleigh, NC and Heather (Eric) Silvers of Melbourne, FL; also Kate Robbins and Jeremy Ryan of CA; brother to John (Bella) Ryan, Connie (Ed) Sturgeon, Aggie Ryan and Michael Ryan all of Niagara Falls; brother-in-law to David (Debi) Thom of Byron and Cory Coleman of Lima; grandchildren, Caiden Amor, Esten and Ava Schalge of Brockport, Tanner and Leah Norred of Phoenix, AZ, Storm and Corbin Robbins and Hailey Ryan; many nieces and nephews and special mother-in-law Norma Thom of Holley. He was predeceased by his parents, John Francis Ryan and Constance (Lambert) Ryan of Niagara Falls. Friends are invited to call Wednesday, September 23rd from 5-8 p.m. at the Thomas E. Burger Funeral Home, Inc., 735 East Avenue, Hilton. Tomâ€™s Funeral Service will be held Thursday, September 24th at 11 oâ€™clock at St. John Lutheran Church, Lake Rd. in Hamlin followed by Interment in Hillside Cemetery in Holley. Those wishing may make donations to St. John Lutheran Church to support the Mission Team, 1107 Lake Road, West Fork, Hamlin, NY 14464.

A Memorial Tree was planted for Thomas
We are deeply sorry for your loss ~ the staff at Thomas E. Burger Funeral Home
Join in honoring their life - plant a memorial tree
Print
Online Memory & Photo Sharing Event
Online Event
About this Event