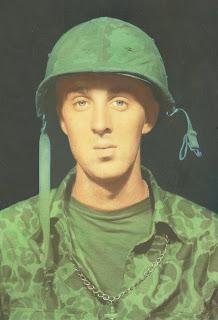 Please share a memory of Carl to include in a keepsake book for family and friends.
View Tribute Book
Hilton: March 5, 2016, age 68. Carl passed away from a long fought battle with several chronic illnesses. He is survived by the love of his life of 45 years, wife, Barbara Henchen; children, Cheryl (Ken Kaiser) Bogner, Larry (Mary) Bogner and Mike (Diana) Bogner; siblings, Rose Mary Ruperto & John Henchen; several grandchildren, nieces, nephews and friends & Nicole Henchen-Robinson and Jay Henchen, his niece and nephew whom he held close to his heart. He was predeceased by his parents, Robert & Katherine Henchen; his siblings, George (Judith) Henchen, Edward Henchen, sister-in-law, Mary Henchen, and brother-in-law, Gerry Ruperto. He also leaves his loving pets, Fluffer, Max, Leo and Bear. Carl was a wonderful man who would lend a hand in need to his fellow neighbors and served in the Army from 1967-69 in the Vietnam War. Carl worked at Eastman Kodak in Building 12 on the dock when he returned from Vietnam. He was a fan of the Pittsburgh Steelers and loved to camp, fish and hunt with his brothers. He also enjoyed long rides in his truck with his wife, Barb. We want to give a special thanks to all that the Veteransâ€™ Administration has provided us, as well as a special thanks to Hilton Health Care. Family and friends are invited to call Thursday, March 10th from 4-7 PM at Thomas E. Burger Funeral Home, Inc., 735 East Avenue in Hilton, where his Funeral Service will be held at 10 AM on Friday, March 11th. Interment will follow at Parma Corners Cemetery. In lieu of flowers, donations can be made to the Veterans Outreach Center, 447 South Avenue, Rochester, NY 14620 in memory of Carl.
Print
Online Memory & Photo Sharing Event
Online Event
About this Event