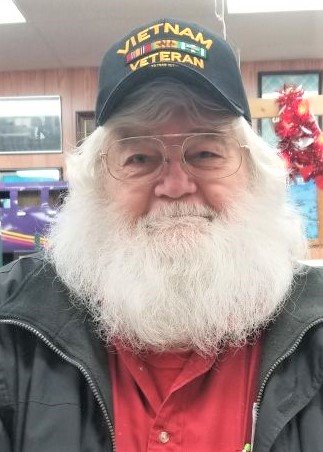 Arcadia:  Leslie W. Hazard, 73, died peacefully on Monday, March 23, 2020, at Rochester General Hospital following a stroke. He was born September 1, 1946, in Rochester, NY, to the late Walter and Johanna (Ulrich) Hazard. He was predeceased by two sisters, Gail Hazard and Doris Adams; and brother-in-law, Roger Adams. Also predeceased by his wife, Diane Van Hall. Survived by "number one and number two daughters" Lisa (Phil Schneider) Couperus and Lynne (Thomas) Capozzi; and Chad (Cathie) Couperus. He will be missed by the staff at K & M Liquor store, where he enjoyed being a patron for Sweet Walter red wine and Canadian whisky.

Les served his country in the U.S. Navy during the Vietnam War. He was proud of his service and spoke often of his time aboard the USS Collett.

Les was a 1964 graduate of Hilton High School, and grew up at nostalgic Braddocks Bay. He and Diane enjoyed being involved with the Seneca Siberian Husky Club of Rochester. He was a military history buff and loved sharing his knowledge. Donations may be made to the Seneca Siberian Husky Club, at  https://senecasiberianhuskyclub.org/ in Leslie's memory.

Services for Leslie Hazard
There are no events scheduled. You can still show your support by planting a tree in memory of Leslie Hazard.
Visit the Tribute Store