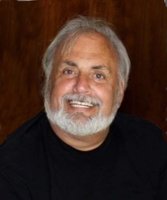 Hilton - William J. Munnings, "Duffy", passed away on May 18, 2021 at the age of 72. He is survived by his wife, Susan; his children, Terri Ann (Roger) Furmanski and David Munnings; his grandchildren, Elizabeth (Chester Boring) Furmanski, Thomas Furmanski, Evan Munnings and Colin McCullough; and his sister, Carol Guck. He was predeceased by his siblings, Walter Munnings, Ellen Kostecke, Elizabeth Munnings and Louise Munnings.

William was a Veteran of the US Navy, where he worked as a photographer. He was stationed on the USS Hornet, a ship that picked up the Apollo 11 and 12 spacecrafts. He retired from Mixco Corporation in Rochester, where he worked as a machinist. He owned his own photography business, called "Pro-10 Photography", and also had an Archery business called "Blackhawk Archery". In his leisure he enjoyed cars and car shows, and owned a 1950 Ford. He also enjoyed fishing and spending time with family and friends.

In lieu of flowers, donations can be made in memory of William to The American Cancer Society, 1120 S Goodman St, Rochester, NY 14620 (click on the charity name to link to the donation website)