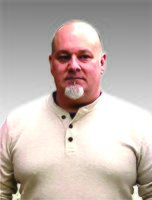 Chris was a quiet person with such a big presence. He will be so missed by all.

A Memorial Service will be held on Saturday, March 20th at 11 a.m. at St. Paul Lutheran Church in Hilton. Please follow CDC guidelines for health safety. Interment will be held privately in White Haven Memorial Park.

Donations can be made to Lollypop Farm, Humane Society of Greater Rochester, 99 Victor Rd, Fairport, NY 14450, online at https://www.lollypop.org, or to a charity of your choice in memory of Christopher.