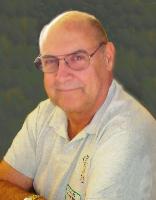 Hilton: Charlie passed peacefully after a short illness on April 23, 2015 at the age of 70. He is survived by his ever loving wife, Ginny; daughter, Christine (Matt) Barnes; his son, Craig (Amy) Kimball; awesome grandchildren, Samantha, Jacob, Marcus & Shelby Barnes; his mother, Pansy; brothers, Jim (Jacki) & Robert; sister-in-law, Barbara Hartman; brother-in-law, Mike (Paula) Rusinko. He was predeceased by his father, Fred and his sister, Kathy Kimball. Charlie is also survived by faithful friends, co-workers and former students who made up his extended family. Mr. Kimball taught Math in the Hilton Central School District (8th graders, no less) for 25 years. After his classroom experience he set up the Info Technology Dept. for the district and guided it until his retirement. For his â€œretirement jobâ€� he was employed at Newcomb-McCann Insurance Agency for the next 13 years. He played â€˜at golfâ€™ for many years, having a number of putters that never seemed to work as they should. Model trains were also a favorite hobby along with his Pittsburgh Steelers. Charlie was a Life Member of the Hilton Fire Department, having served on several department business committees. His favorite place on the carnival grounds was the back office where he spent many a day and night. He will be truly missed by all who had the good fortune to be a part of his life. A Celebration of his Life will take place on Sunday, May 17th at 2 oâ€™clock at the Hilton Central High School Auditorium followed by a Memorial gathering at the Hilton Fire Department, 120 Old Hojack Lane. Those wishing may contribute to the Hilton Fire Dept. or the Hilton Education Foundation Scholarship Fund, P.O. Box 232, Hilton, NY 14468, to be directed toward a scholarship honoring Charlieâ€™s years in education.